How Does Web Scraping Help E-Commerce Brands to Deal with Fake Reviews? 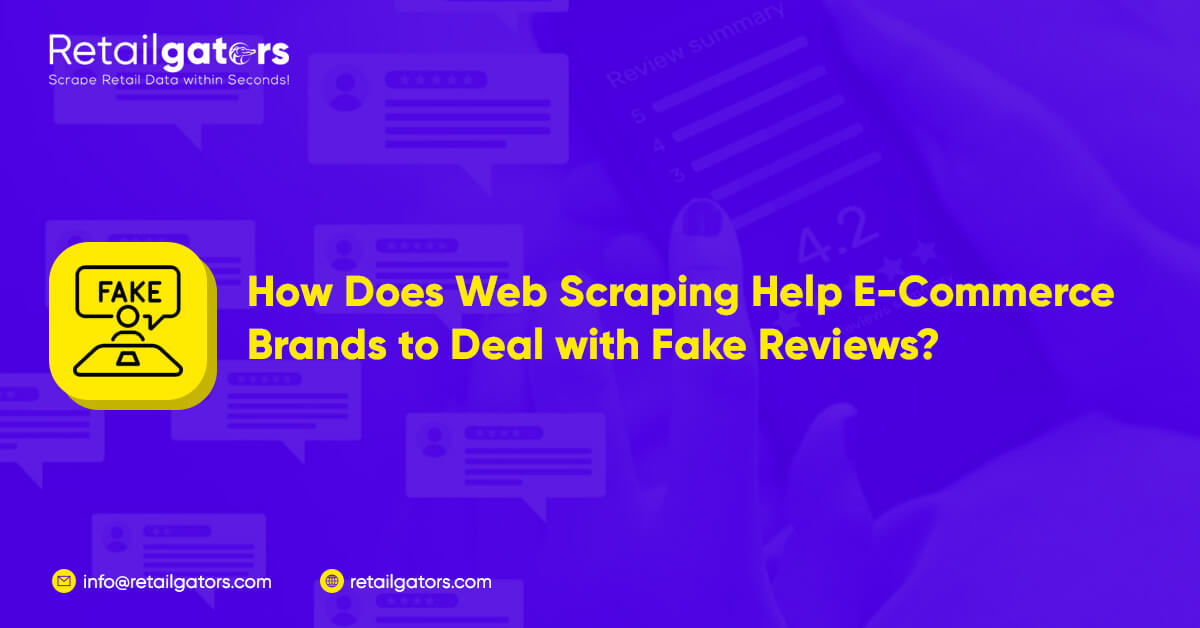 Product reviews of customers are important for every e-commerce business and Amazon review data scraping helps to create competitive edge in the market. They not only assist buyers in deciding whether or not to purchase a product but also benefit sellers because positive reviews increase sales and profits.

Malicious users and bots might have a substantial impact on the online economy.

Fake reviews have become more prevalent in recent years, so that it has resulted in losses of $152 billion. According to government numbers and self-reporting of major e-commerce sites such as Trustpilot, TripAdvisor, Yelp, and Amazon, about 4% of online reviews are fake. These have a direct impact of $152 billion on worldwide internet expenditure. Even an extra star on a restaurant's Yelp rating can boost revenue by 5% to 9%.

Fake reviews enhance search rankings for up to four weeks after they have been removed or detected. They are often removed within 100 days, allowing scammers to make enough time for a substantial profit. In the case of overstated reviews, dishonest vendors are served with an incentive by compensating economic benefits with the consequences of being caught. 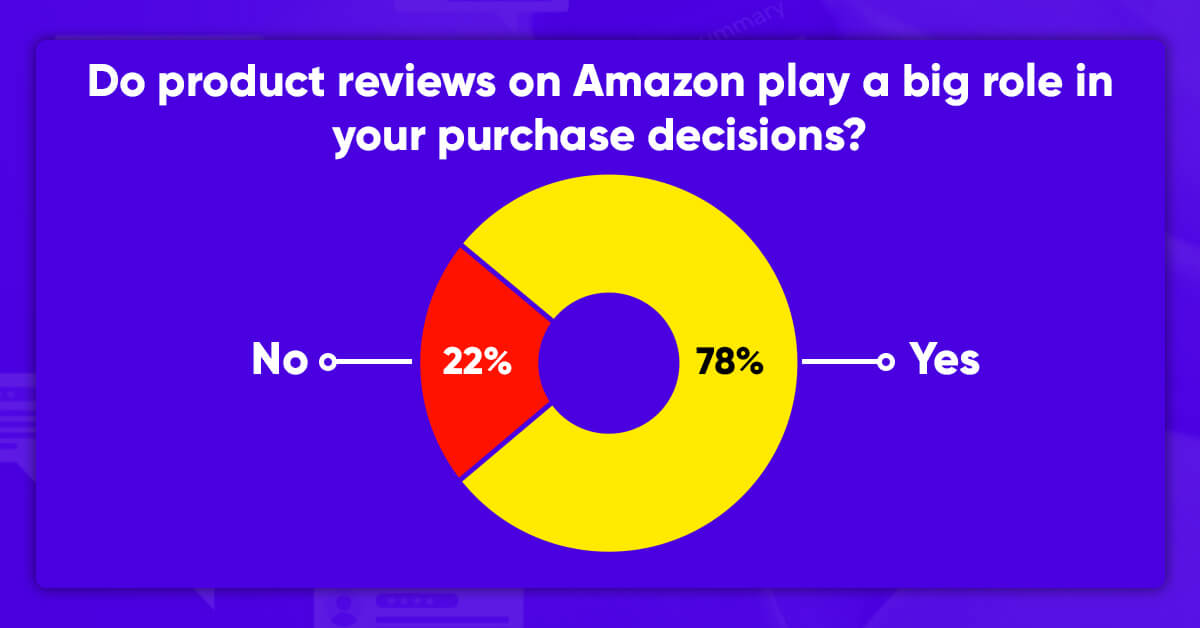 It's important to remember that publishing fake reviews about businesses harm both the businesses and the customers who are persuaded to buy the product or service.

According to a study, 90% of shoppers admitted to considering online reviews before making a purchase decision. Furthermore, 31% of these clients will spend money with a company that has excellent reviews. This reason is sufficient enough for the organization to receive more favorable reviews. When fake reviews are present, clients who rely on them as their major source of information before making a purchase would lead to poor product quality and a lack of trust in the company and also affects the process of E-Commerce review data scraping.

Prevention against Fake Reviews by an E-commerce Business

The e-commerce businesses face many challenges while analyzing reviews by customers. If reviews are real it helps in improving their business strategies, if reviews found to be fake there are several ways to prevent and reduce struggle against those fake reviews. Let us discuss how businesses can fight against fake reviews.

BOTs post reviews online like valid users. As a result, it's critical to identify such users and respond appropriately. The primary goal is to prevent reviews from occurring in the first place. It's important to understand the issues and respond quickly. Even the most basic fake evaluation bot attack takes only a few hours to design and execute. Businesses can react by ensuring that fake review site users do not end up on the company's website. Furthermore, client acquisition security technology apps will ensure that marketing efforts do not decentralize into the use of dangerous bots. 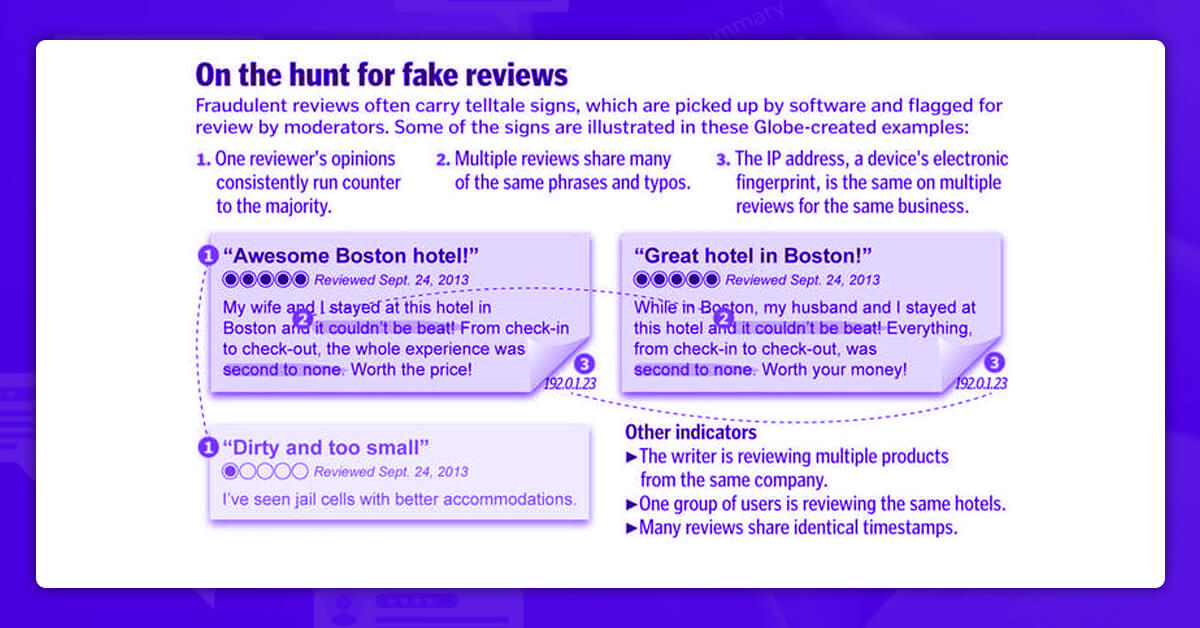 There are four ways to determine whether a review is genuine or not: 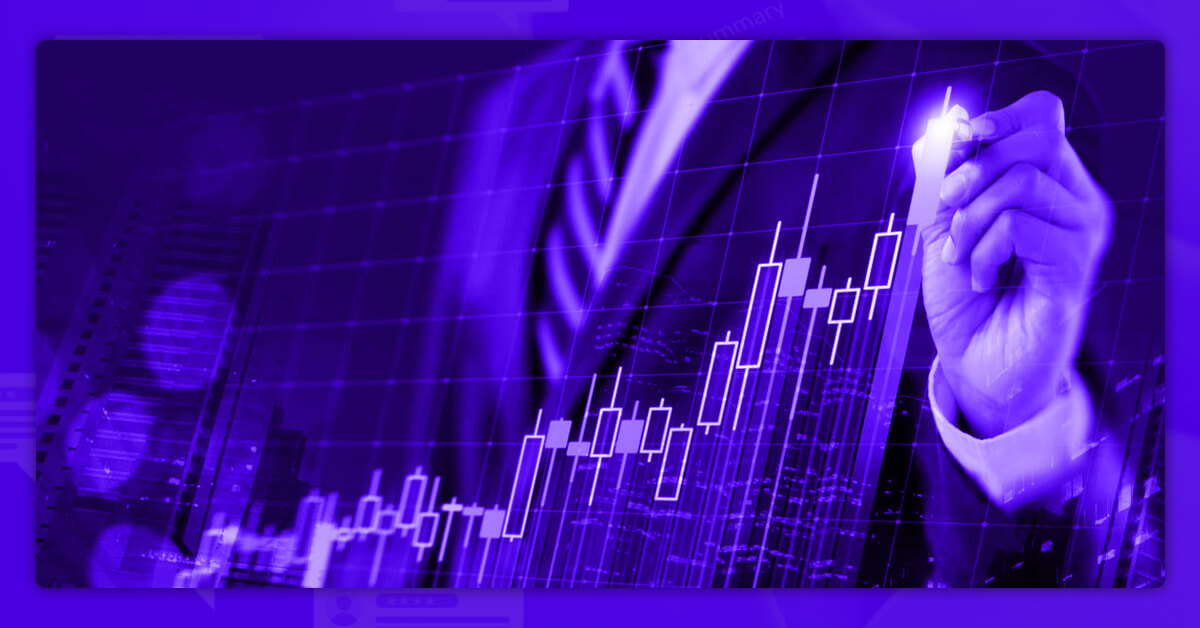 The costs of fraudulent internet reviews refer to the instant damages incurred by bots and illegal users in society. Examine both the monetary and non-monetary effects of the issue to have a better understanding of its impact. It's easier to analyze the impact of fake internet reviews on different businesses and markets, as well as the level of risk they pose to a single company. And it will clarify how they have a cascade impact on other firms and revenue streams. Education is a good place to start when it comes to preserving your online reputation.

3. Keep an Eye on the Costs of Enforcement: 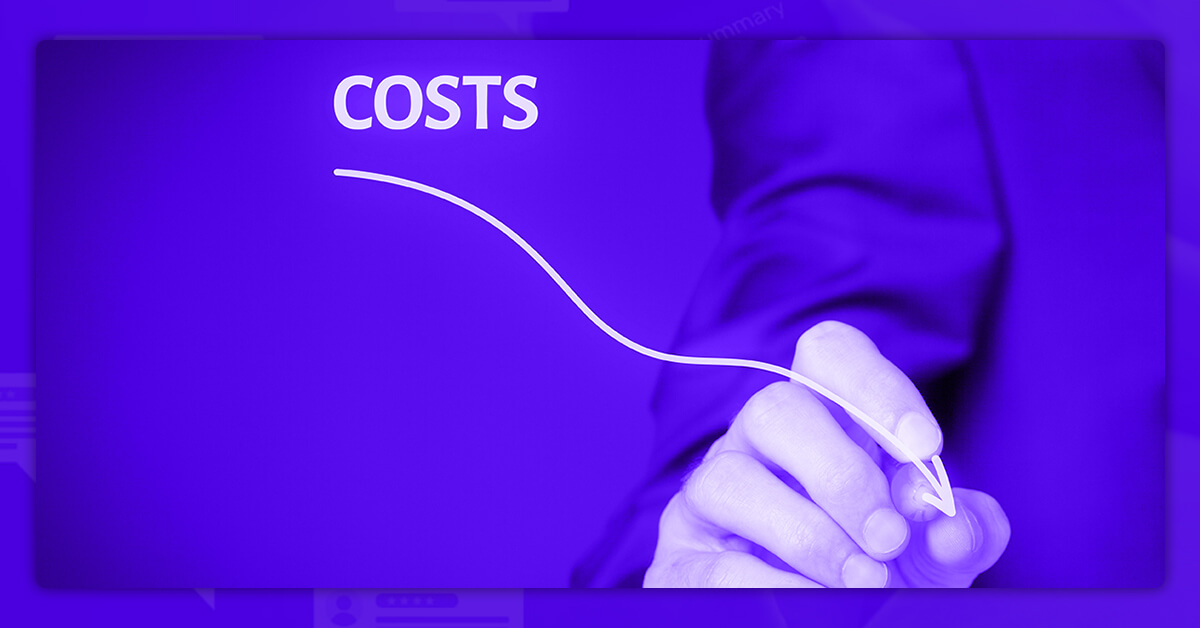 Court cases can be time-consuming and costly. Lawyer’s bill, Enforcement charges, court time, executive and employee stress, and litigation over fake reviews can all add up to the unbearable costs. On the other hand, firms can avoid these costs by using a few easy development processes to filter internet reviews. If the corporation ignores the issue, it will only get worse as new technology seeds more bots in the online world. As a result, firms must actively prevent fraudulent reviews to safeguard their reputation, resulting in lower enforcement costs. 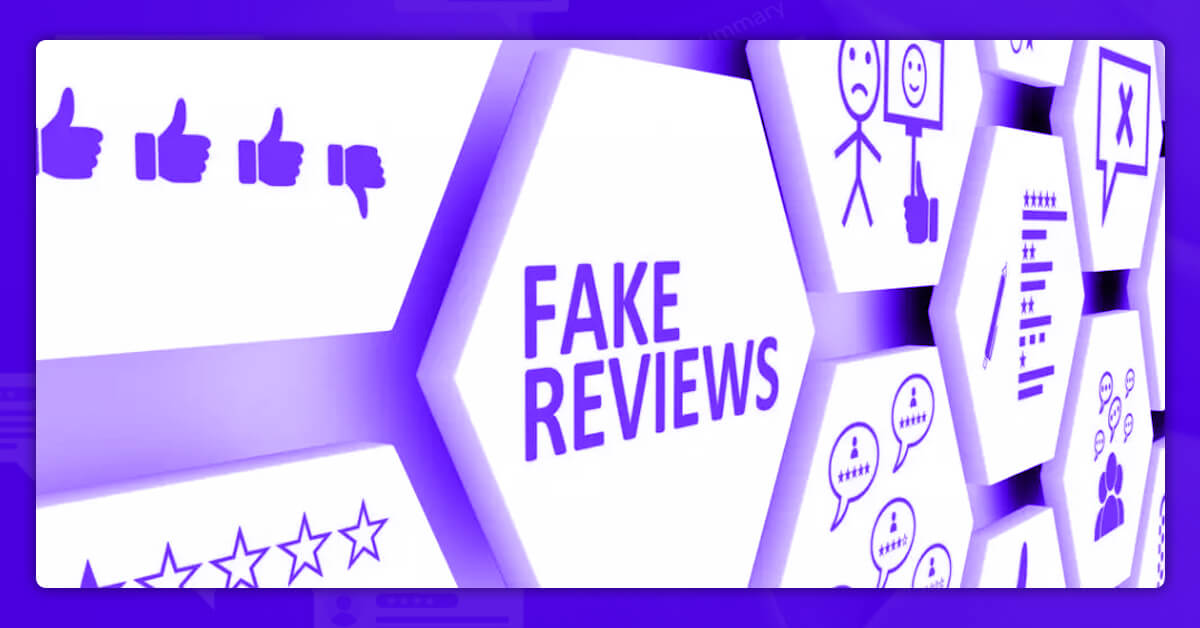 Negative reviews have a negative economic impact on businesses. It's much more provoking when hostile bots and inactive users generate fake reviews. In one such situation, an Australian plastic surgeon's business was said to have fallen by 23% as a result of a fake review. Companies may protect their income by filtering fraudulent reviews and protecting their brand reputations. It's sometimes acceptable for dissatisfied customers to provide their two cents in the form of constructive criticism. When dishonest users take over your review platforms, prioritizing the removal of fake reviews is of at most importance. 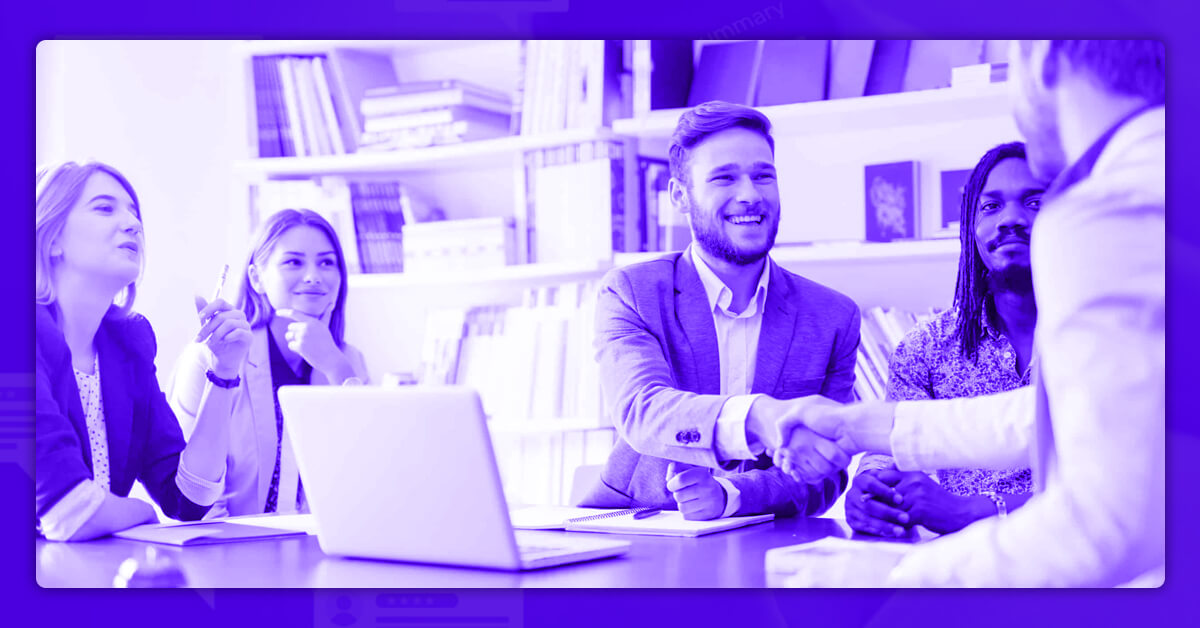 The presence of fraudulent reviews breaks down a customer's faith. With 85% of customers saying that the feedback they read is often fake," In addition, 28% of respondents claimed that a fake review would make them doubt other feedback. For the time being, 26% said it would cause them to lose faith in the brand. As a result, deleting fake reviews will boost revenue and authenticity while also instilling trust in your current and potential clients. Furthermore, it is commonly known that people will engage with a company that they believe supports ethical business practices rather than one that is solely focused on earning a profit. 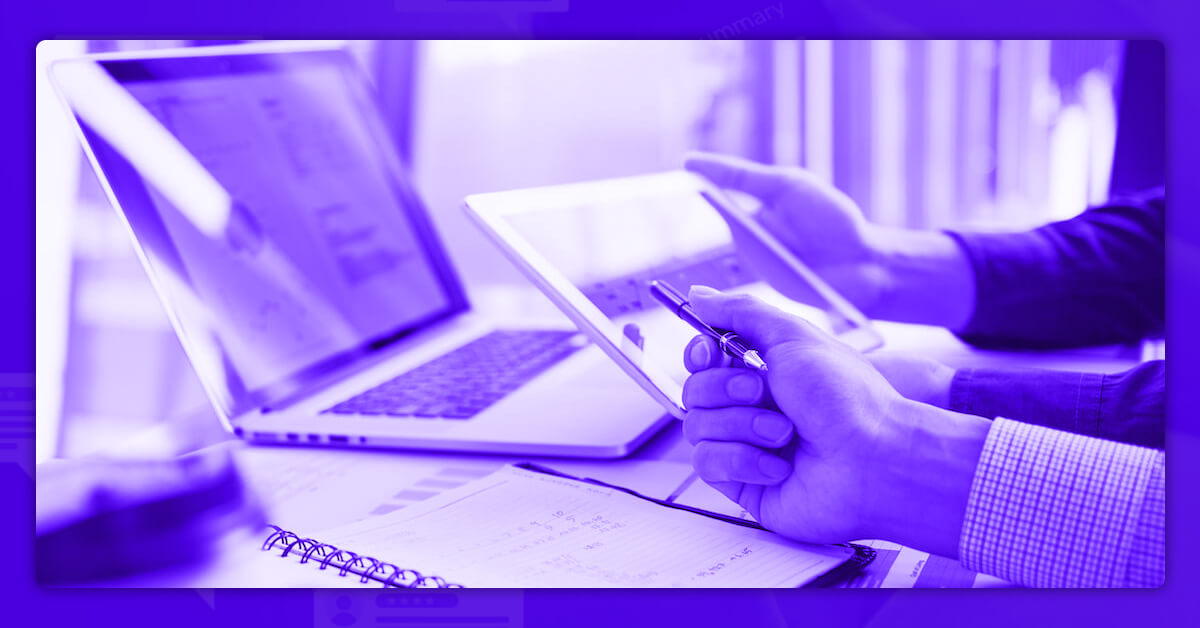 We understand that customer reviews have an impact on a buyer's decision. Even internet sellers might benefit from their services. When a product receives a large number of favorable reviews, it is clear that the purchasers were impressed with the product. When a product receives negative feedback, however, it is obvious that the client was dissatisfied with the product's performance after purchase. Reviews have also been known to boost sales. They aid in the understanding of client preferences, attitudes, customer impressions, satisfaction levels, opinions, and experiences among other things.

As a result, we've noticed that companies are choosing to scrape review data. Scraping Amazon reviews data will provide a competitive edge to online product merchants in several ways, as it is one of the popular e-commerce sites.

The online vendor can also build strategies based on products using web scraping Amazon review data. The vendor gains knowledge of how the products can be improved and what steps must be taken to enhance the customer experience.

These sellers, on the other hand, should keep an eye on product reviews to measure how well their products are performing in the market. Scraping also reduces the amount of time and effort required to obtain data.

While genuine internet reviews from customers have provided merchants with new chances to better understand their products, false reviews have destroyed the trust relationship between a brand and a customer. Shoppers are more likely to trust things with, say, 5-star ratings in today's technology-driven world, where customers select to acquire a commodity only after difficult research of the available feedback. These public reviews are valuable forms of communication for businesses. Monitoring reviews can not only help the firm expand, but also assists in promoting customer loyalty. However, less truthful content in the online domain might defect the brand's reputation.

It's time to switch off fraudulent online reviews and take the required precautions to prevent the spread of fake reviews. While there is no simple solution to the problem, businesses should collaborate with social media platforms to better understand how false reviews are enrolled. It would bring great success if we find means to stop this activity. It will reduce illegal activity on social media platforms, boost trust in e-commerce platforms, and provide consumers with a pleasing experience.

Ready to deal with fake reviews for your brands? Contact RetailGators today!

Request for a quote!